The Highs and Lows of a year of Solar

Yesterday (20th April 2013) we surpassed all expectations and managed the best solar day since we had them installed, so it got me wondering about which days were good and bad. Having done the maths, I thought I'd put a table up:

The first year of Solar

We have today arrived at our solar panels' anniversary. so here are the figures:

2605.87 kWh (as read on the sunny beam yesterday) although Mike would like me to add half of the 22nd of this year as we got the meter turned on at lunchtime on 22nd last year! This makes the absolute total for the year 2607.14 kWh. Our meter for sending readings to the electricity board is only reading 2591 kWh, I am therefore going to round to 2600 anyway for all the rest of the calculations.

The original estimated generation figure given to us by Hereward Solar was 2190 kWh for the year so we have far surpassed that :) Mike then used an estimating site to generate some monthly amounts - he thinks it was the European Commission Joint Research Centre of the Institute for Environmental Sustainability, Renewable Energies Unit so we then plugged these into pvoutput.org and are using these to see if we are running to target.

so we have surpassed their estimates as well :)

The more techie toys and monitoring ability Mike gets for me, the more OCD I get about looking at trends, and we started using pvoutput.org to graph our usage as well as our generation in December. So I worked out what we use as a baseline amount over the day. There is an interesting waggle approximately every hour which seems to be the freezer or fridge turning on and off, but basically our low point now is approx 150watts of always on stuff, most of which can be accounted for by the always-on server and hub, router, and WiFi points.

There is an interesting note from one of the points in the office which if you plug a 4-way with a light on it in and leave it on, it seems to use about 30 watts of electricity! - we have turned this off now.
I will put 2 graphs up for the hours from midnight to 6am to show this. The first is from 29/12/12 giving a total usage for 6 hours of 1.73kWh, with a low point of 189W and a high point of 490W:

so using a calculation of 1.5kWh for 6 hours, this makes 6kWh for 24 hours or the whole day, assuming we are not in and therefore no kettles, washing machines or televisions are being used.

Given a reasonable sunny day in March - well we did have ONE this year ;) - we can get levels above 400W from 8am till 5pm or 9 hours saving us 2.25kWh during daylight. If I can also arrange for washing machines and tumble driers to be matched up with the really sunny times then I can reasonably ensure free electricity for these items as well, but it does take guesswork and sometimes I am not so good at that, or the weatherman is not specific enough. Now a simple money note is that 1 watt always on is £1 per year and 1kWh costs 12.5p to buy so we were spending 75p per day on baseline or £275 per year, now we have saved 28p per day that it is sunny enough - say 300 days per year or £85 just on having sunshine.

We appear to have used 3864 units of electricity in 1 year to today. and the year before we used 5708 so all our (my) OCD turning off of unnecessary power/lights etc PLUS the solar has saved us 1415 units or £177 assuming direct translation from units read on the meter into kWh charged on our bill.
Posted by Anne Whitaker 5 comments: 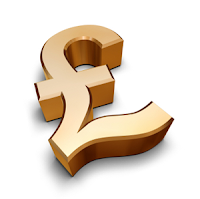 This is my 3rd posting to this blog...

We have had our first zero day on our energy production since the solar panels went in. It is most likely due to the 4 inches of snow on the roof - which is not very photolucent!! (radiolucent is the X-ray equivalent word so I reckon that photolucent is the correct description)

However it has made me think about the year end figures so here they are:

Our 'middle of the night' power usage runs at somewhere around 200-400watts depending on freezers and fridges doing their thing. so for 6 hours we use approx 1.8KWH. If our panels can generate at least 300 watts for 6 hours then our 'day when we are not in' power usage is covered by the panels. Even during the rainy weather in December we were getting about 200 watts generated, and averaged 2.5KWh per day although some days we generated between 0.5 and 0.8 KWH.

We have just bought a new power supply, case and UPS for our server as they lost all their magic smoke this week. The new system takes 30 watts more than the last one to run, but Mike is in the process of 'fixing' this.

While we are at it I would like to rant about the gas calculations.

If you look at our EON gas bill it says a number of items which you are then supposed to use to work out how much you need to pay. For example - a part gas bill went like this
Obviously you can all do the maths from this information can't you? It's so simple that a 12yr old with a calculator could do it!

NO it is not obvious! With the information in front of you there is no way of getting from 636 units to 7010 KWh. The essential "and then you divide by 3.6 for no apparent reason" is missing. It takes 3 levels of searching through the help file to find this missing figure. Presumably it is the conversion from watt-seconds to kilowatt-hours but why can they not put that in each gas bill in an obvious place.

A scheme which could see every Peterborough resident save money on their energy bill will be discussed by Peterborough City Council's Cabinet at a meeting on Monday 5 November 2012.

The Peterborough Collective Energy Scheme will enable people from across the city, and from other communities in the UK, to join together as a single unit to negotiate cheaper energy bills.

It's expected that residents could see energy savings of between £60 to £200 a year.

If the initiative is approved by councillors, Peterborough would lead the UK’s first ever collaborative scheme for collective energy switching. Fifteen local authorities will join the city council as part of the scheme, which in total will open up potential savings to two million UK households.

The Peterborough Collective Energy Scheme is a response to rising energy prices and an increase in the number of households in fuel poverty. To that end, the scheme will also be the first in the UK to allow residents who use pre-payment meters to register.

Interesting, definitely (horrible txt-spk in the headline notwithstanding!). I shall keep an eye out.
Posted by Mike Whitaker No comments:

Just as an FYI for those of our readers who might be interested, Which magazine are running a live chat/Q&A with the Secretary of State for Energy and Climate Change, Ed Davey from 11am UK time today.

Its main topic is the Green Deal, a scheme the present government are close to introducing to make renewable energy and energy saving measures more affordable to homeowners.
Posted by Mike Whitaker No comments:

How much power does your house use?

Another interesting question for you all, in response to Anne's last post, and my general advocacy of monitoring.

How much power do you think your house uses when you think you've turned everything off you can? So, that's leaving fridges, freezers, computers you never turn off (I have an excuse, dear!), etc etc.

You don't know? You might be very surprised when you find out.

Our average daily usage in 2010 (as per the graph opposite) was around 18KWh, of which a sizeable amount was being contributed by stuff that was always on - old computers with inefficient power supplies can chew a couple of hundred watts, which is getting on for 5KWh over a day.

Stop for a moment, and think about that.

Early in 2011, I finally decommissioned the last of the old servers (I'm an IT professional - I host several web sites and other things for friends, just to keep my hand in as a sysadmin) and replaced it all with a MiniITX box from the rather excellent LinITX.com, that eats, relatively speaking, next to nothing. Somewhere about then is when we started monitoring, and I think our quiescent usage is around about the 300W mark - or about £300 a year.

You'll notice our 2011 average is down to about 13KWh/day. Pretty much, just from doing that.

Our 2012 average is down to about 8.5KWh a day. Why? Actually, most of that's a no-brainer. Solar PV. As soon as the solar panels kick in, they start powering the house. Quite literally: once the sun gets out enough that the watts the PV is kicking out pass the magic 'things that are always on' point, we're running the basic functions of the house for free.

On top of that, our washer and dryer now have timers, so we can run them when the sun's out. And we have a new fridge to replace the 10+ year old one, that only uses about 150KWh a year (that's about 17W!).


Posted by Mike Whitaker No comments:

Yay, today we passed the 1000 kWh mark in production on our PV solar panels so I thought I'd note how we are doing so far.

On average for last year (until 26th March 2012) we used 15 units daily of electricity. (The average for the year before was 20, so we had already reduced our consumption by 25% simply by being economy minded and me nagging Mike to remove one of the constantly-on computers). Now my current calculation is we are using just under 10 kWh per day. This is a saving of 5 kWh per day or 60p at 12p per unit, so by my reckoning we are saving £200 per year in outgoings.

We are also earning 21p per unit generated so we have just earned £210 for this quarter, and we will assume that we have 3 quarters of £210 and 1 quarter of £70 just to make the maths easy. so all in all we will earn £700 in government funded revenue from our panels. (feed-in tariff)

Now also there is an assumption by the electricity company that we are using half of the generated amount of electricity and so there should be another payment of 3.2p per unit of unused stuff (export tariff). This means that we will also earn another £100 for the year.

This means that for the current expected year we will save/earn £1000, so at £8500 expenditure we will get our money back in 8-9 years. Of course if we had our money in the bank it would have got us some interest so we will allow another 10% on the outgoings and therefore we should break even in 10 years.

Now all we need is a jolly good sunny summer and we will be well over our target :-)

Posted by Anne Whitaker No comments: